From a former sultanate to an existing one: Brunei (or Brunei Darussalam - darussalam meaning "abode of peace"). This sultanate, a part of the great island of Borneo, was established as long ago as 1368 (the same year that Tamerlane became the ruler of Samarkand and the Chinese Ming dynasty was established). The current sultan, Hassanal Bolkiah, who is also prime minister, minister of finance and defence and probably much more, has been on the throne since 1967 and is quite well-heeled. His money comes from oil. He's got a big car collection. I don't think he collects stamps, cause modern Brunei stamps are nothing special to look at, even if the sultan's head can be seen on most of them.

These three were issued on occasion of PhilaKorea - Korean World Philatelic Exhibition in Seoul 22-31 October 1984 - and are among Brunei's better ones. They celebrate Brunei's older and better stamps in a good way. 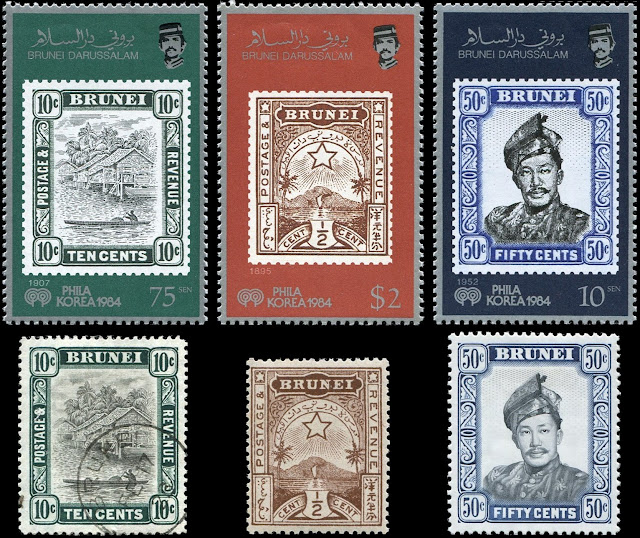 The 50 cent blue shows Sultan Omar Ali Saifuddin, the father of the present-day car collector. It is an extremely fine engraving and a top quality print. That's why I give it a special place of honour here. If only all stamps had as much style as this one... 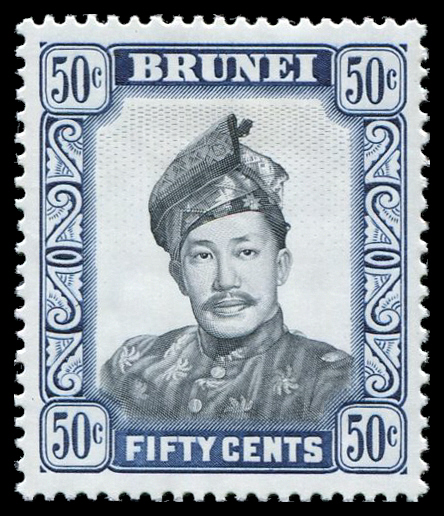