These designs, issued for DDR's national stamp exhibition of 1964, looks decidedly modern to my eyes. I would even call them before their time. DDR stamps from the late 1950s to the 1970s are often dull, staid and unimpressive. So this SOS set stands out in my opinion. The message on the light green and the blue stamp chosen for inclusion is one of peace and friendship. 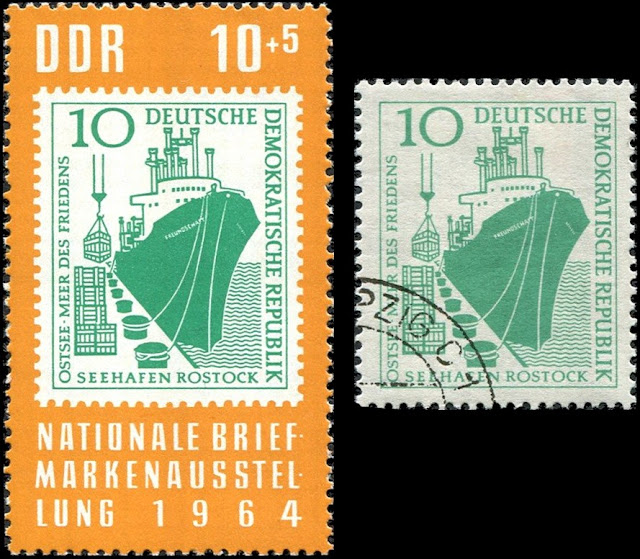 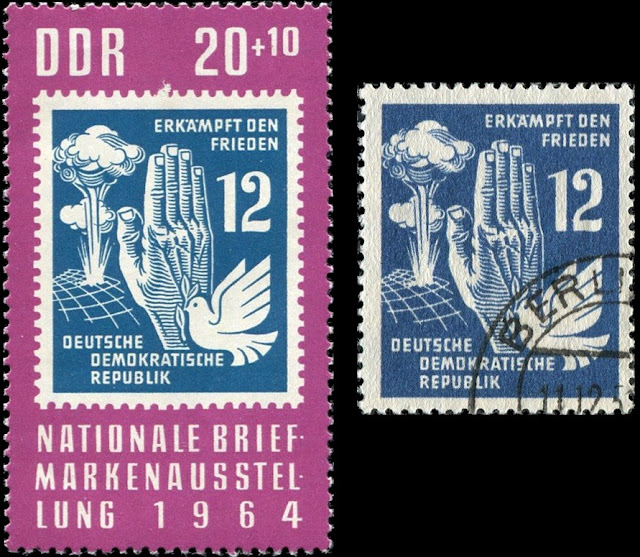 Since I'm such big fan of engravings, it feels nice to present Albrecht Dürer (1471 - 1528) on a stamp on stamp issue. Dürer was a great renaissance painter and engraver and this, the 3rd in the set, is a litographed copy of a painting he did in Amsterdam in 1521, called "Portrait of Bernhardt von Reesen". 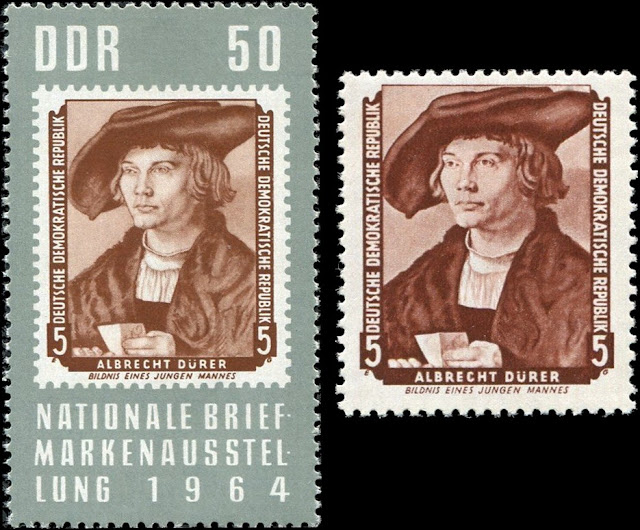 Strangely and confusingly the inscription on the stamp says that the picture is called "Portrait of a young man" (Bildnis eines jungen Mannes). But that is actually what at least two other Dürer paintings are called today, and not this one. However, one should bear in mind that the title "Portrait of a Young Man" has been given to carloads of "old masters" for the simple reason that we don't know the name of the person on the portrait. And the "von Reesen" identity seems to be unconfirmed. Still, this is a minor stamp mystery. The real painting can be seen in The Gemäldegalerie Alte Meister in Dresden. Here is a full-color copy of it: 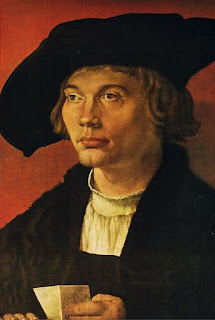 Btw: I'm very fond of a woodcut Dürer made of an Indian rhinoceros in 1515, which he based on a second-hand report of an animal he hadn't actually seen. He gave it a small extra horn on the back, scaly legs and some other antediluvian features that makes it look like a rather strange animal, like a cousin of a monster from the Book of Revelation. I have seen that print in many books about natural history in early modern Europe. I'm sure that Dürer thought this was the real animal on which the legend of the unicorn was based.

The iconic rhino woodcut is seen below, together with a miniature sheet issued by Bulgaria in 1979 (not my scan), in connection with a set of 4 stamps with other Dürer engravings. Below it you can see a version from the Maldives which I found in my collection of miscellaneous stamps. Dürer's art can be found on many stamp sets from many different countries. One could even start a special collection of Dürer stamps. 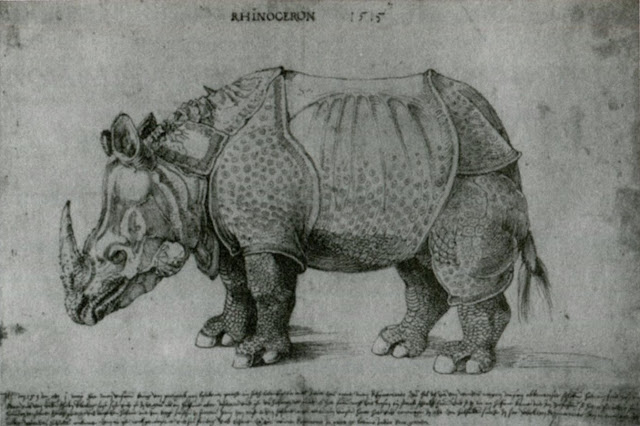 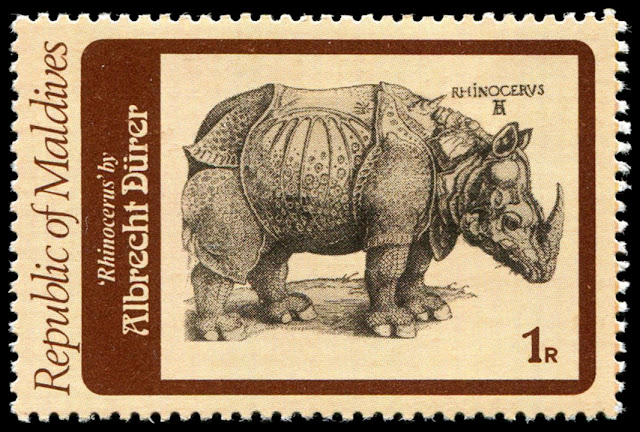